The second aspect of a social media that wants to lead is the ability search and provide meaningful content to users.

When we need an information, where to look for it in the web? As a part of a marketing communication strategy, from a SEO perspective, knowing who is leading as a search engine is crucial in order to be visible and been known as a brand.

(see also: Sentiment Analysis in Semantic Search: Find Out What Others are Thinking About Your Brand).

In other words: be visible as a brand where most likely people goes to look for something.

According to @netmarketshare (July, 2014), Google is without leading with 68,75% of queries, then Baidu (China) with 18,03%. Other search engines such as Yahoo, Bing and Ask, are just striving.

Anyhow, how Google gained its leadership as a search engine? Which are the main abilities as a search content leader?

1. Giving what people are looking for?

Able to collect the information that people want to know, that is meaningful and useful. In one word, a search that is semantic = content + context.

Providing a result that is contextualized according to the network and interests is what can boost user engagements. Is what Yahoo is might attempt to achieve with the acquisition of Flurry (…unless it’s only speculation).

2. What about developing a brand as a search engine? Google is not only leading as a search content providers. It’s also the best workplace 2014 mainly because provides to theirs employers Great Challenges, a Great Atmosphere and Great work.life balance. It might be correlation relationship between the two fact or it’s simply a coincidence. Anyhow, will you buy a product or a service of a company that is recognized as bad employer?

What about SNs Strategies?

Considering how Google is investing in its social media platform (Google+), according to social media magic quadrant, my perception is that Google is attempting to switch from “SN Content Searcher” to a “SN Leader”. In others words, from a search content “of others” (platform) to a search content “of my own (platform)” leadership. Feelink – Feel & Think Approach for Doing Life!

Recalling Social Media Magic Quadrant as a tool for assessing the strategic position of a social media website, there are two key aspects:

Considering the ability to generate content, here below an interesting infographic by Dustin W. Stout that gives the measure of who is leading as a content generator.

Click the animation to open the full version (via PennyStocks.la).

Well, e-mail is still the most used communication tool as well as WhatsApp has gained a oustansting leadership of instant messaging by intercepting and disrupting SMSs from mobile phones. Something to consider also by all the mobile operators.

Regarding microblogging, there is no doubt that Twitter is leading against Tumblr in terms of number of posts generated.

Moreover, as expected, there is no competition between Facebook and Google+ considering the number of likes.

Anyhow, how a social media will lead as a content generator?

Ability to engage people? Or What?

Around the world many Social Networks are in place, many just born and many other just died.

Level of engagement, usability and giving to final users which information to share are more likely what a SN should develop in order to be successful nowadays.

Which are the key factor of success in this race?

I guess that for leading as a Social Network one key ingredient is required: a strong linkage between the content (+context) and a well-known search engine.

That’s because when people would know something more about a topic, company or person, usually type a key word in a search engine or in a Social Network as well. Therefore, having meaningful content that is delivered\promoted as results of the search engine is what will lead a social media to success.

Well, probably, among the big ones who has the strongest linkage between a Social Network and a search engine is Google: Google+ (SN) and Google search (Search Engine).

However, despite Google search is the most used search engine, Google+ is not leading as a content generator and thus able to reach a critical mass of contents. Promoting Google+ by engaging as much (trusted) users as possible is part of its strategy, as far as I realized.

On the other side, according to its Merge & Acquisition , the most popular SN, Facebook, doesn’t seem to show an interest on promoting to user as well as investing on a search engine. Who will win? We’ll see.

Meanwhile, other SNs have already shown how the linkage with a good search engine is strategic. Think about LinkedIn that is widely used by hiring manager for screening candidates.

Recalling the fairy tale Snow White and the seven Dwarfs:

Mirror, mirror on the wall, who’s the fairest of Social Networks all?

P.S.: By the way, will Gartner Inc. approve the Social Media Magic Quadrant? 😉

How does semantic search work? Which are the implications regarding SEO tactics and users/customers’ behaviors?

Google search is not unlike the “Mirror, mirror on the wall, who’s the fairest of them all?” where the question asked, reveals (in the fairy tale) the Evil Queen’s narcissistic obsession

, what a great metaphor to explain how semantic search works! (see Google Search and the Racial Bias).

I will take the assist from David Amerland to help me to better understand how the SEO world (something still unknown from me) as well as remembering childhood times with the fair tale “Snow White and the seven dwarfs“.

So, let’s have a look at the characters of the famous fairy-tale:

The mirror is the result of the search engine. According to what I’ve understood about semantic search, the mirror reflects back a result that is contextualize accordingly to the user and his/her relationships among the social networks as well as thorough the analysis of past behaviours.

Snow White is the most beautiful creature in the WEB forest. She publishes smart content as well as she establishes such trusted relationships in the social medias so that the mirror (the semantic search engine) reflects back a beautiful princess… accordingly to the algorithm I would say.

The evil queen is the bad guy, attempting to be viewed as the most beautiful in the WEB forest while it is not. The evil queen struggles and suffers a lot for that, since the mirror suggest always Snow White as the best result… the life in the digital jungle is not so easy for the evil queen!

The poisoned apple represents a trick, a negative SEO attack where the objective either is to game the search engine (the mirror) or to compromise the reputation of Snow White. Fake reviews, negative or positive SEO tactics, are just an example of how an apple could be poisoned in order to kill digitally a competitor and game the search engine algorithm (see the case of Tripdavisor).

The seven dwarfs are data scientists and SEO experts that are mining the WEB forest in order to get some valuable and reliable information from the WEB. Usually they are well-intentioned and thus willing to protect the beauty of Snow White from negative SEO (the poisoned apple and the evil princess).

The charming Prince represents all the users, companies and individuals, that go deeper and deeper into the WEB forest in order to discover the truth. Mirror’s result apart: Who is really the fairest in the WEB forest?Encountering few smart dwarf might be useful for the charming Prince, both in the forest to discover the beauty of Snow White and in the WEB to find out great contents and reputations accordingly to personal impressions rather than only relying on algorithms.

…so, which is the moral of the fairy-tail “Snow White and the seven dwarfs” applied to the modern semantic search and SEO?

An interesting point has been pointed out by D. Amerland in his article “How semantic search is changing end-user behaviour“. In particular:

The fact remains that the web is changing, search has changed and the way we operate as individuals, as well as marketers, has changed with it.

Since the semantic search is so powerful to influence the behaviour of the end-user (individuals, companies,…), the point is: what kind of algorithm there is behind the mirror on the wall? Which are the criteria behind the result that identify the fairest princess in the WEB?

More interesting doubt: what happen if the criteria behind the search algorithm (the mirror) change so that the fairest in the WEB would be Grumpy, one of the seven dwarfs? Would all the end-user and SEO really want to become and behave like Grumpy? 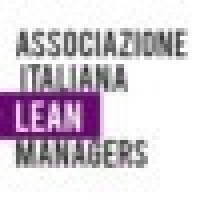 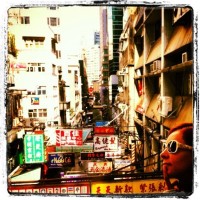